Thanks to a scholarship from the U.S.-Norway Fulbright Foundation, I am conducting a yearlong research project in Tromsø, Norway. My Fulbright advisor is microbiologist Dr. Mette M. Svenning. Dr. Svenning’s lab is in the Department of Arctic and Marine Biology at UiT: The Arctic University of Norway.

My research project focuses on bacteria that consume methane. These bacteria are called methanotrophs, and they have been discovered nearly everywhere in the world, including hot springs and Antarctic lakes [1,2]. Some methanotrophs have even been found growing at pH 2 in volcanic mud [3]. However, they tend to thrive most where methane emissions are high, like landfills, rice paddies, and wetlands.

Some methanotrophs (Type I) use formaldehyde while others (Type II) go one step further to formate to build multicarbon compounds like sugars, fatty acids, and proteins. This unique chemistry of using methanol as a feedstock to build multicarbon compounds has many industrial applications. Here is a link to a review of the applications of methanotrophs in biotechnology. 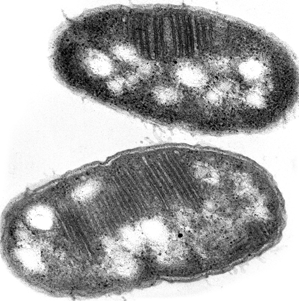 In the Svenning lab we specialize in studying Arctic methanotrophs. Why Arctic? Well, for one, Tromsø is located over 200 miles north of the Arctic circle, so we can take Arctic soil samples out the back door 🙂 But more importantly, the Arctic is changing faster than the rest of the world. In the past 100 years, the Arctic temperatures have increased at almost twice the average global rate [4].

The Arctic is also a significant source of global methane emissions. What’s the big deal about methane? Pound for pound methane has a 21 times greater heat-trapping capacity than carbon dioxide, which translates to a greater global warming potential [4]. We often think of methane as a stinky gas coming from cows, but it also leaks into the atmosphere when we drill oil or cultivate rice. Methane escapes at an alarming rate from melting permafrost, which translates to increased methane emissions from a warming Arctic.

You’ve heard all the gloom-and-doom about climate change before. It’s depressing. We get tired of hearing about it and get overwhelmed by it. It seems like there’s not much we can do except stress about how dire the problem is. But we can focus on the positives, one of them being the fact that there are bacteria that consume methane and act as sink for greenhouse gases. 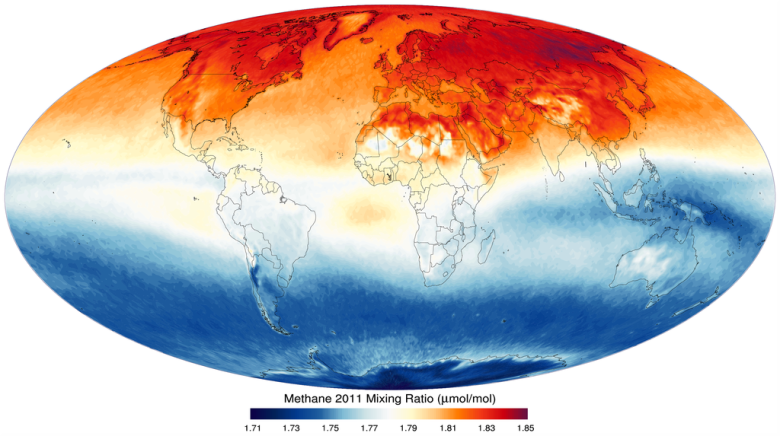 In 1996, the Svenning lab discovered a new species of Arctic methanotroph called Methylobacter tundripaludum in Ny-Ålesund, Svalbard [6]. Since its discovery, several research groups have shown that M. tundripaludum is active everywhere in the polar region.Methylobacter has been found in tundra bogs in Siberia, in Canadian High Arctic lakes, and on the Russell Glacier on the Greenland Ice Sheet [7,8,9]. 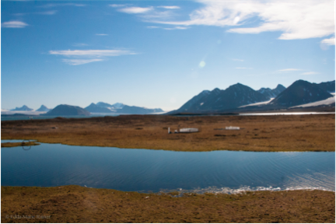 My Fulbright project studies effects of temperature on M. tundripaludum’s capacity to consume methane. Our lab is especially interested in how tiny changes in gene expression at the genetic level may have big effects on the global carbon cycle.

To study changes in in M. tundripaludum gene expression we are using a next-generation sequencing technique called “RNA-Seq.” The central dogma of biology is that DNA codes for RNA which codes for proteins in the cell. Like its name suggests, RNA-Seq is a method used to study the “RNA” part of this process. 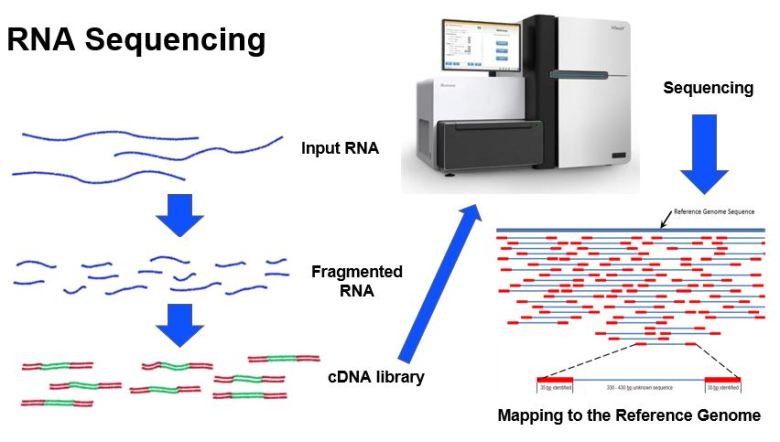 RNA-Seq is used to examine all the expressed mRNA in an organism. I like to think of RNA-Seq as snapshot of the state of a cell. We get an image of what genes are actively being expressed in the bacteria. If we take multiple snapshots under different conditions we can identify what is changing. It’s kind of like a “Spot the Difference” puzzle, but we use statistics to find and prove the differences. We used RNA-Seq to observe changes in gene expression in M. tundripaludum under four different temperature conditions:  8 °C, 15 °C, 21 °C, and 27 °C. 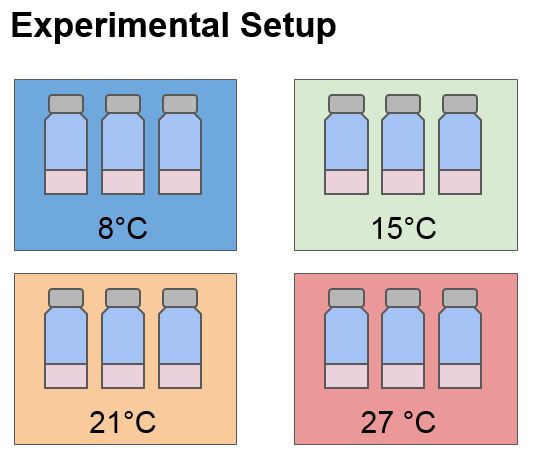 Why those temperatures? 8 °C was the temperature of the soil layer in Svalbard where M. tundripaludum was discovered. Unfortunately, the Arctic is expected to warm 2-11 °C in the winter and 1-6 °C in the summer by the end of this century [4]. We chose 15°C, 21 °C, and 27 °C to test a variety of warming scenarios.

And the results? We’re still in the process of analyzing them, so you’ll have to wait and see 🙂  But out of over 4,500 genes in the M. tundripaludum genome, we found that almost 95% of them had differential expression under at least one temperature condition. This makes for a complex “Spot the Difference” game, because temperature affects almost everything in the cell. But one clear result is that M. tundripaludum is very resilient to changes in temperature. Despite being a cold-adapted species, it still consumes methane efficiently at high temperatures. For us, and the Arctic, this is good news!