This past weekend I took a trip to Bergen to visit a fellow Fulbright from St. Olaf, Nels.  Oles stick together 🙂 Despite the fact that the tiny Tromsø airport has about 5 gates,  I was surprised to find there was a direct flight from Tromsø to Bergen via Widerøe,  which is a regional airline with an entire fleet of cute propeller planes. The two-hour flight comes with complementary coffee (which you don’t get flying SAS) and stunning views of the fjords during take-off and landing. We even had an in-cabin commentary as the pilot pointed out natural landmarks like glaciers and Jotunheimen – “the home of the giants” – as we flew over them.

After landing, I was overjoyed to see the familiar face of Nels at the bus stop. We toured around Bergen and had a delicious dinner with several other Fulbrighters in the area. On the walk home we also snuck into the Bergen Kunsthall (Contemporary Art Hall) to catch the last few sets of a live concert by a Norwegian band, Farao. 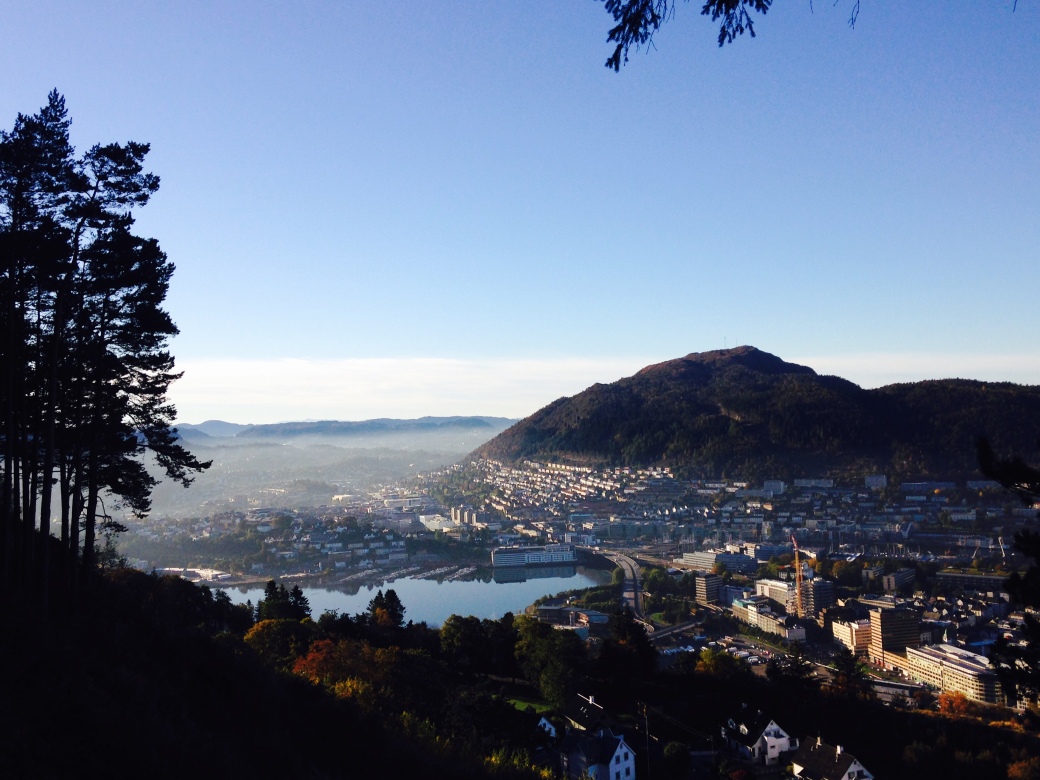 The view of Bergen from Fløyen in the early morning sun

The next morning, Nels had to go split cells in lab (rough life) so I had a few hours to myself to explore Bergen. First stop was Fløyen, which is one of the seven mountains ringing Bergen. It is one of the most popular landmarks in Norway, and the stunning view overlooks the city center and Byfjorden. There is cable car going to the top, but it is also a nice hike with landmarks along the way including slightly terrifying wooden troll statues.

No witches allowed on Fløyen?

King Haakon VII – the king in Norway during WWII

In the afternoon I headed to the train station to meet another fellow Ole, Erik Springer, and his family also happened to be visiting Bergen for the weekend!

We had a wonderful time exploring Bryggen, which is a UNESCO World Heritage site. These wooden buildings are reconstructed in the style used by Hanseatic merchants in the 1300’s. Now a new type of merchant has taken over Bryggen and they specialize in selling all variations on a Norwegian sweater to tourists. 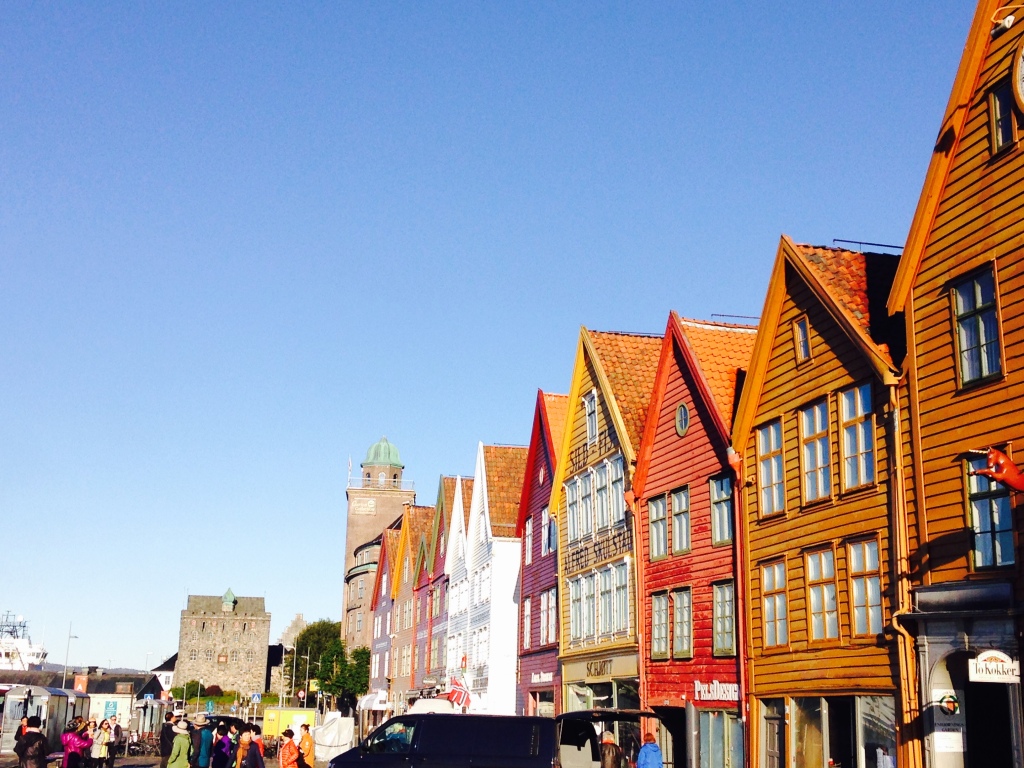 Bryggen with Bergenshus fortress and Rosenkrantz tower in the background

And if you’re looking for anything with a moose on it… we found just the store for you, creatively named “The Moose Shop.” 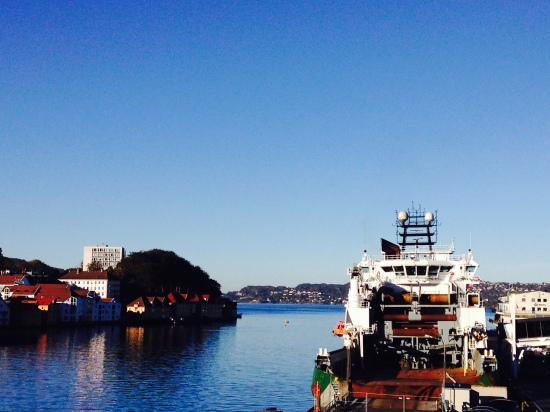 The view of Bergen harbor and Byfjorden

Saturday was another beautiful day spent hiking Ulriken, which is the highest of the seven mountains surrounding the city. Nels and I managed to sit at a picnic table at the top of Ulriken right by where a TV show was being filmed! They wouldn’t disclose to us the title of the show, but hopefully if we keep our eyes open on NRK (the popular Norwegian TV station) we might see the scenes that were being filmed.

Shockingly, the weather in Bergen was sunny for the entire time I was there. I had packed all my rain gear, because, as you probably know, Bergen is known for its rain. The longest record is 85 consecutive days of rainfall, meaning that rain fell every day between October 29, 2006 and January 21, 2007. This was around the time when they decided that “umbrella vending machines” were a good idea and installed them on the streets. Sadly the umbrella vending machines were not successful…Luckily for me the forecast was nothing but clear skies and perfect fall days.

It was hard to say goodbye to Nels and Erik and get back on the flight home, but it’s also good to be back in Tromsø. My project in the lab is going great and I’m unbelievably lucky to be living here. I’m still left breathless by the beauty of the nature when I walk out my door in the morning. I also purchased a bike with studded snow tires so I can bike home from work under the Northern lights, even when it snows. And we have snow in the forecast for this week 🙂 Hopefully in a few months I’ll even be able to ski to the lab!